The CO2 laser is definitely one of the oldest lasers which are still successfully running.  It is a kind of gas. The device of a CO2 laser produces light when electricity runs through a gas-filled tube.

Furthermore, mirrors are at the end of the tube. One of the mirrors is fully reflective and the other allows some light through it. The gas mixture is usually composed of carbon dioxide, hydrogen, nitrogen, and helium. 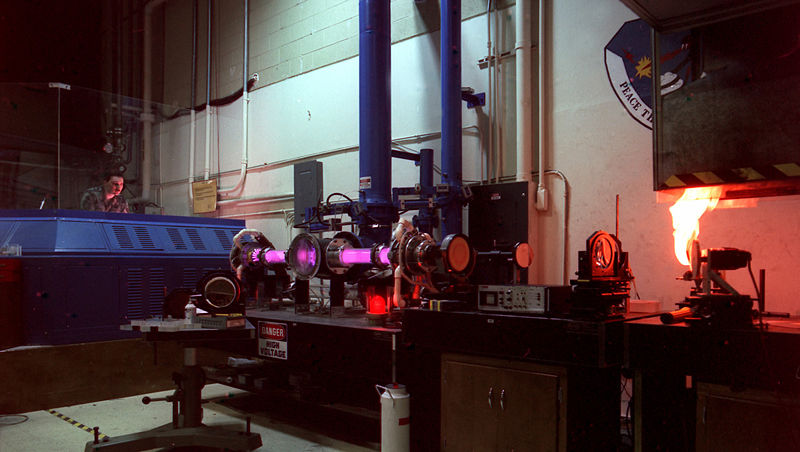 The functioning of CO2 Laser

Thus, we use nitrogen in this process as it can hold this state of excitement for a longer time. Moreover, during this state, nitrogen does not discharge the energy in form of light or photons.

Furthermore, nitrogen produces high-energy vibrations which thus excite the carbon dioxide molecules. A state called the population inversion is achieved by the laser at this stage. This stage is one where the system consists of more excited particles than non-excited ones.

The light which releases is quite powerful when we compare it to the normal light. It is so because mirrors surround the tube of gases. Thus, they reflect most part of the light which travels through the tube.

Therefore, the light waves which are generating through the nitrogen build in intensity due to the reflection of light which happens. Ultimately, you will notice a very bright light passing through the partially reflective mirror. This is so because the light keeps on increasing as and when it travels back and forth through the tube.

The light which the CO2 laser produces is very powerful. In fact, it is so powerful that it can cut a number of materials which include cloths, wood, and paper. If you look at the most powerful CO2 lasers, we use them for machining steel and other similar metals too.

The CO2 lasers which we use for machining are usually run over 25 and 100 W. However, the ones which are the highest-powered run over 1,000 W.

Moreover, the CO2 laser is also quite useful in the medical field. A number of surgical procedures utilize this laser because of good absorption of the frequency of this light.

For instance, laser surgery and skin resurfacing use CO2 lasers for treatment. In addition, we also have the areas of dentistry, gynecology, oral and maxillofacial surgery, plus others using this light.

Question– Which of the following molecules are present in the gas mixture of CO2 lasers?

Answer– The correct answer is option A. Use of atoms of nitrogen takes place because the nitrogen atoms can hold their excited state for a longer time than other. Other than that, it also doesn’t discharge energy in form of light or photons.