Geometric Series form a very important section of the IBPS PO, SO, SBI Clerk and SO exams. A geometric series is also known as the geometric progression. It is a series formed by multiplying the first term by a number to get the second term, this process is continued until we get a number series in which each number is some multiple of the previous term. Such a progression increases swiftly and thus has the name geometric progression.

Geometric Progression or a G.P. is formed by multiplying each number or member of a series by the same number. This number is called the constant ratio. In a G.P. the ratio of any two consecutive numbers is the same number that we call the constant ratio. It is usually denoted by the letter ‘r’. Thus if we have a G.P. say a1, a2, a3, …, an, the ratio of any two consecutive numbers within the series will be same. Therefore for the series present above, we shall have:

a3/a2 = r; where ‘r’ is the common ratio. In other words, if you know ‘r’ and the first term, you can generate the entire Geometric Progression.

Sum of the Geometric Progression

So there are three formulae depending on the value of ‘r’. We will see examples of each below. 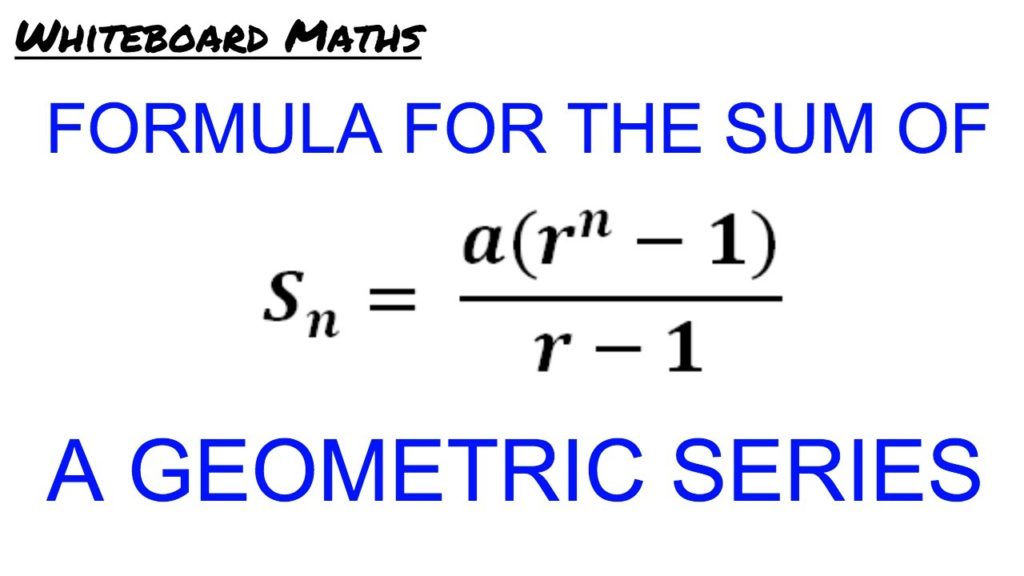 This formula is only valid when r ≠1. For example, consider the following series.

Answer: The first step is to confirm that the series is actually a G.P. You can verify it by dividing the consecutive terms. Remember divide two sets of consecutive terms. For example, in the above example, 6/3 = 2 and 12/6 = 2. Hence the series is a G.P. with a common ratio or r = 2. Also, we see that a = 3, thus we can use the first formula and find the sum of any number of terms of such series.

Second And Third Formulae For The Sum

The second formula works only when r = 1. this is pretty straightforward. In this case, each term of the G.P. will be same. The following trick question may be asked from this concept.

Q 1: What type of series is the following sequence of ‘n’ numbers:

Answer: The above series is clearly a Geometric Progression with the first term = 1 and the common ratio or r = 1 also. The sum of ‘n’ terms will be n(1) = n. Therefore, the correct option is D) Geometric Series.

The third formula is only applicable when the number of terms in the G.P. is infinite or in other words, the series doesn’t end anywhere. Also, the value of r should be between -1 and 1 but not equal to any of the two. -1 < r <1.

Q 1: In a Geometric Progression, the first term a = 10. The ratio of two consecutive terms is 2. What will be the sixth term of the series?