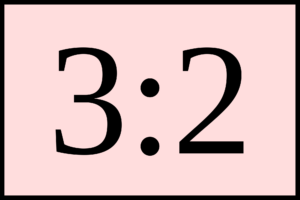 The quantities ‘a’ and ‘d’ are what we call the extremes, while we call the quantities ‘b’ and ‘c’ as the mean terms. Remember that the mean terms are not the average or any measure of central tendency. There is an important property that you may want to keep in mind here, the product of the means is always equal to the product of the extremes. In the language of mathematics, we can write that if a:b :: c:d then, b×c = a×d.

Comparison Of Ratios In Proportion

Let us consider the same four quantities that are in proportion. Suppose we have a:b and b:c as two different ratios. Then we say that (a:b) > (c:d) if and only if a/b > c/d or ad>bc.

We will try to make the quantity ‘b’ proportional to 9 in both the ratios. Therefore we may write:

Example 2: The ratio of alcohol: water in a mixture is 4:3. If we add 5 liters of water to the mixture, this ratio becomes 4: 5. Then the quantity or concentration of alcohol in the mixture is:

Answer: Suppose the quantity of the alcohol and water is 5x and 3x respectively. ‘x’ is an unknown variable. Then as per the question, we have:

A) Salary remains same for A and B but for D increases by a factor of 1/5.

B) Salary of each individual changes by 1/5.

C) Salary remains same for B and D, but increases by a factor of 1/5 for A.

D) Everybody’s salary decreases by a factor of 4/5 except C’s.

Answer: Let a, b, c, and d represent the individual salaries of A, B, C, and D respectively. Then as per the question, these quantities form a proportional such that: