Living things refer to organisms that are alive. The small units of a structure called cells form tissues that make up these organisms. Thus, these issues, in turn, blend for forming organs, and all the organs work together as an integrated unit which we refer to as an organ system. Hence, all human beings, animals, birds, plants, insects, bacteria, and more are living things. All these living things have common traits in them, firstly, they are able to move on their own. Secondly, they keep growing and developing with time. In addition, they release energy through respiration and require nutrition. Moreover, they also excrete, reproduce, and adapt in order to survive.

Non-living things are those which are not alive. In order to understand the difference between living and non-living things, we must take a look at their definitions. Thus, you see the common thing in all non-living things is the absence of life. In other words, you will not find any trait of life in them. For instance, growth, development, adaptation, reproduction, movement, metabolism and more are not found in these things. In addition, non-living materials make up these things. Examples of non-living things include iron, cotton, wool, leather, plastic, metals, and more. 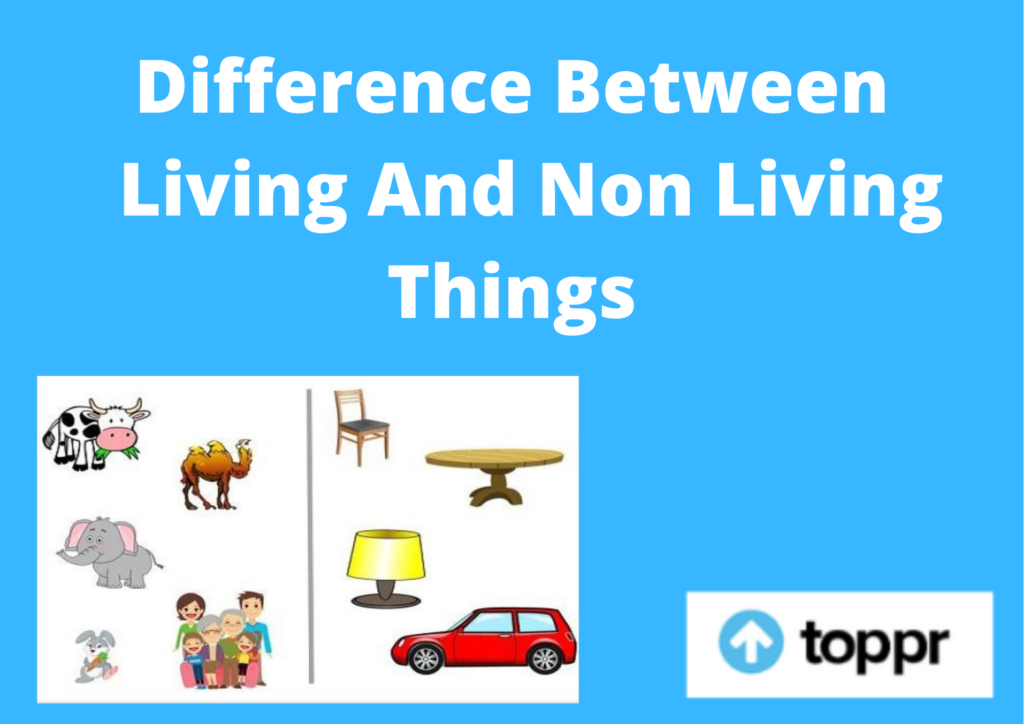 Difference between Living And Non-Living Things

All living things display locomotory motion, i.e. they move. Some have special locomotory organs for that. Similarly, plants respond to the movement of the sun. In addition, all living things respire to release energy from the food.

Moreover, they are sensitive to touch and possess the capability to sense changes in the environment. Over time, they grow and develop. Most importantly, they can reproduce their offsprings and increase their population.

Non-living things do not possess life. Neither do they have cells or exhibit any locomotion. Similarly, they will not go through metabolism with any reaction. Moreover, they do not reproduce as well.

In addition, they are immortal with no life span. You will notice they do not respire or need any food for energy and also do not excrete. Thus, they are free from the cycle of birth, growth and death. The external forces create and destroy them.

FAQs about Living And Non-Living Things

Question 1: Give one difference between living and non-living things.

Answer 1: The major difference between living and non-living things is that the former possess life and the latter does not.

Answer 2: Living things can grow and develop. In addition, they can also obtain and use energy.