Plants are the primary food producers of the food chain. What are different types of flowers? They can be classified in many different ways: Based on presence or absence of seeds, Based on whether the plants produce flowers or not, Based on the presence of stems, leaves, and roots. The most accepted and popular classification of plants is based on whether they are flowering plants (angiosperms) or non-flowering plants (gymnosperms).

Lets us understand the classification of Angiosperms or flowering plants. 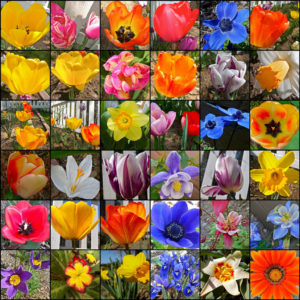 These systems of classification were based on one or few morphological characters. Many botanists used this system and classified angiosperms into different classes. Few of these botanists are

These systems the plants were classified on the basis of their natural affinities (i.e. the basic similarities in the morphology) rather than on a character for determining the affinities. Compared to the artificial systems, it was based on the proper utilization of all facts and figures avai­lable in nature. In this system, the plants were grouped and placed into different taxa like classes, orders, families, and genera. Michel Adanson was the first scientist to reject all the artificial systems and support the natural systems of classification. The main demerit of this system was that the classification was not based on evolutionary relationships. Different families had been placed in specific groups which do not show any evolutionary relationships.

Learn more about the Anatomy of Fruits here.

These classification systems came up after Darwin’s theory of evolution was proposed and widely accepted.

There were two popular systems:

Engler and Prantl: They arranged flowering plants according to increasing complexity of their floral morphology. Their system considered monocots as more primitive than dicots.

These are flowering plants which have two cotyledons in their seeds. Endosperm may or may not be present in the seed.

The following are the features of dicots:

Roots: They have a tap root system with smaller secondary roots originating from it. Due to its tap root system, they can penetrate deeper into the soil to find water and minerals required for its growth.

Leaves: They have reticulate venation also called net venation on their leaves. They have a stalk that attaches the leaves to the stem. Learn the structure and different types of Leaves here with video.

Vascular system: Cambium is present which helps in secondary growth of the stem.

Stems: The stems are hollow and the plants are generally herbaceous or woody.

Flowers: The parts of the flowers usually exist in numbers of fours or fives. Learn more about the parts and structure of Flowers here in detail.

These flowering plants have a single cotyledon in their seeds.  Endosperm is always present in the seed.

Roots: They have a fibrous root system.

Leaves: Their leaves have parallel venation and the leaves are sessile i.e they do not have a stalk which attaches the leaf to the stem.

Vascular System: Cambium is absent and so there is no secondary growth of the stem.

Flowers: the parts of the flowers exist in numbers of three.

Q: Which is the most accepted system of classification?

system is a phylogenetic system that classified plants. It was systematic, and grouped plants based on evolution along with features.