Do you know which is the fastest animals on earth? No, it is not the Chetah. In fact, it is the Peregrine Falcon. The biggest animal is the blue whale. The three-toed sloths are said to be the slowest. All these animals fall under the same phylum, the Phylum Chordata. Let us learn more about Chordates.

This phylum is probably the most notable phylum, as all human beings and other animals and birds that are known to you, fall under this phylum. The most distinguishing character that all animals belonging to this phylum have is the presence of notochord.

Chordates show four features, at different stages in their life. They are:

It will surprise you but this phylum is a very diverse phylum, with about 43,000 species. Most of these organisms can be found in the subphylum Vertebrata. In the animal kingdom, this is considered as the third largest phylum.

Phylum Chordata is again divided into three subphyla. They are:

The first two phyla have very few species in between them. The major subphylum is Vertebrata, where you come across a variety of fishes, reptiles, birds and animals. Vertebrates have a distinguishing backbone that is made up of bone or cartilage. The brain is enclosed in a skull. There is a proper circulatory system, nervous system and a skeletal system that gives proper shape and support.

Subphylum Vertebrata is further divided into five classes. They are:

Explore more about the Animal Kingdom 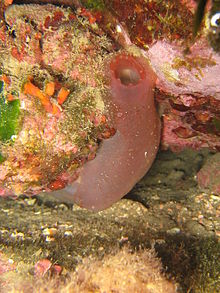 Q: Can chordates be found in a specific kind of habitat?

Ans: We find Chordates in diverse habitats, including marine, freshwater and terrestrial habitats.

Q: Which subphylum does Branchiostoma belong to?

Ans: Vertebrata is a subphylum of Chordata. The vertebrates have a vertebral column, something like the notochord. Vertebrates show all the characteristic features of the phylum Chordata, such as the notochord, dorsal nerve cord, pharyngeal slits and post-anal tail.

But the phylum Chordata also has other two subphyla, called the Urochordata and Cephalaochordata. These are invertebrate animals but show some distinguishing attributes of Chordates, like the presence of notochord. And hence, we can say that all vertebrates are chordates, but not all chordates are vertebrates.

the answer is B

Have you read biology in your life before?

A) only vertebrate chordates