Molluscans are very diverse animals and form an important part of the ecosystem in the world. Some animals that you are familiar with like snails, octopuses, squids, oysters, clams etc. all belong to Phylum Mollusca. Did you know that Molluscs with shells can produce pearls? Some of these are also eaten by humans in different regions of the world. Let us educate ourselves about this phylum of the Animal Kingdom. 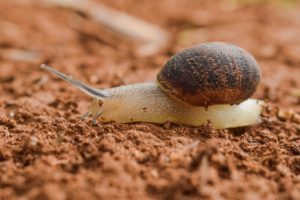 Many organisms belonging to this phylum have a calciferous shell. The bodies are generally very soft and are covered by the hard exoskeleton. They can be found in terrestrial regions as well as in the depths of the seas. You will be amazed to know that the size of the molluscans can range from 20 metres to one millimetre, with a few microscopic animals too. These animals continue to have an important role in the lives of humans.

They are a source of food as well as jewellery. The hard shells are used to make beautiful jewellery pieces. In some regions of the world, these are also raised as pets, even though it sounds bizarre. Pearls that are obtained from bivalves and gastropods are valuable as these pearls are lined with nacre. Natural pearls are formed when a small foreign object gets stuck in between the mantle and shell of the mollusc.

The bivalve molluscs are used as bioindicators of the freshwater and marine environments. But not all molluscans are good for humans.  Some are pests like the snails and slugs.

The different classes under phylum Mollusca include: 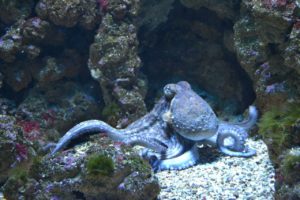 Ans: An Octopus is sometimes known as the Devilfish. It belongs to the class Cephalopoda.  It is a soft-bodied mollusc with eight arms. Octopuses can camouflage very well in their surroundings. They have ink glands that they use to defend themselves or escape from predators.  They show all the characteristic features of Phylum Mollusca and are triploblastic, bilaterally symmetrical, and found in various regions of the ocean.

Q: Which is the second largest phylum after Arthropoda?

Q: Mantle, foot and restricted coelom are the characteristic features of which phylum?