Polysaccharides are complex biomacromolecules that are made up chains of monosaccharides. The bonds that form these chains are glycosidic bonds. Commonly found monomer units in polysaccharides are glucose, fructose, mannose and galactose which are simple sugars.

Polysaccharides can be broadly classified into two classes:

Polysaccharides form a crucial part of cell function and structure. 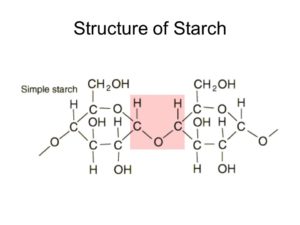 These are found in different structural and functional roles in the human body.

Q:  Which is the storage polysaccharide that is found in plants?

Sol: The correct option is “a”. The storage polysaccharide that is found in plants is starch. It is made up of two parts: amylose and amylopectin. They are made up of glucose monomers.