The genetic material (DNA) in a cell duplicates and divides equally between two cells in mitosis. After that, the dividing cell will go through a structured sequence of events known as the cell cycle. Further, the presence of specific growth factors or other signals indicating the requirement of production of new cells initiates the mitotic cell cycle. In addition, through mitosis, the body’s somatic cells replicate. For instance, somatic cells incorporate fat cells, skin cells, blood cells or any body cell which are not sex cells. Moreover, the body needs mitosis in order to replace dead cells, damaged cells or cell having shorter life spans.

Meiosis refers to the process in which gametes (sex cells) generate in organisms that reproduce sexually. In order to understand the difference between mitosis and meiosis, we must learn what they actually mean. Thus, as you know, gametes produce in male and female gonads and comprise of one-half the number of chromosomes as the original cell. Moreover, the genetic recombination that takes place during the course of meiosis helps in introducing new gene combinations in a population. Hence, the meiotic cell cycle produces four cells which are genetically different as opposed to the two genetically identical cells which mitosis produces.

Difference Between Mitosis And Meiosis 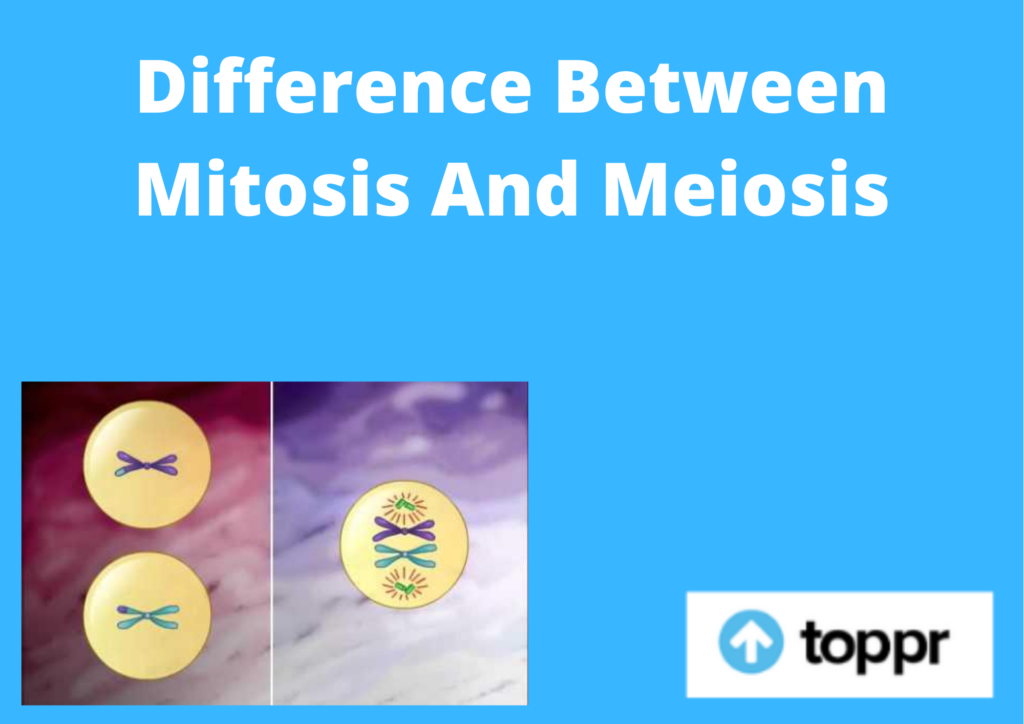 Important Difference Between Mitosis And Meiosis

Mitosis is a continuous procedure of division of cells occurring in all types of living cells. In here, the division of cell happens through asexual production. Moreover, we see how the nuclear membrane breaks down.

Further, the steps of Mitosis comprise of Prophase, Metaphase, Anaphase and Telophase. Moreover, no synapsis occurs in here and its function is to partake in healing in repair.

Meiosis refers to when daughter cells produce. Thus, we see that the only cells undergoing meiosis turn into sperm or eggs. Moreover, the meiosis comprises of meiosis I and meiosis II.

Further, the homologous chromosome separates into different nuclei in meiosis I. On the other hand, in meiosis II, the chromatids separate into separate nuclei.

FAQs about Mitosis And Meiosis

Question 1: What is the difference between mitosis and meiosis in terms of discoverer?

Question 2: How are the mother cells different in mitosis and meiosis?

Answer 2: In mitosis, mother cells can either be haploid or diploid. On the other hand, in meiosis, the mother cells are always diploid.

Question 3: What is the type of reproduction in mitosis and meiosis?

Answer 3: In mitosis, it is asexual whereas, in meiosis, it is sexual in nature.