Food preservation is a process by which edible items such as fruits and vegetables are prevented from getting spoilt. The nutritive value, flavour and colour of the foods preserved remain intact.This is done to increase the life of the food product and enable its storage and supply. 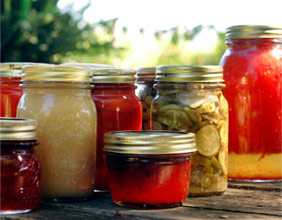 What principles is food preservation based on?

The main aim of food preservation is to prevent the food that is being preserved from decay by microorganisms.

The principles it works on are:

1.Preventing microorganisms in the food that is being preserved i.e maintaining asepsis.

3. Preventing or hindering the growth of microorganisms by various methods such as low temperatures, drying, use of chemicals etc.

4. Killing the microorganisms by various methods such as heating and radiation.

Some food substances can self-decompose due to the enzymes that are present in them. In these cases, the enzymes are deactivated at the time of food preservation.

Some foods are also susceptible to insects or animals and so the utilisation of appropriate chemicals to kill them and prevent them from destroying the food. 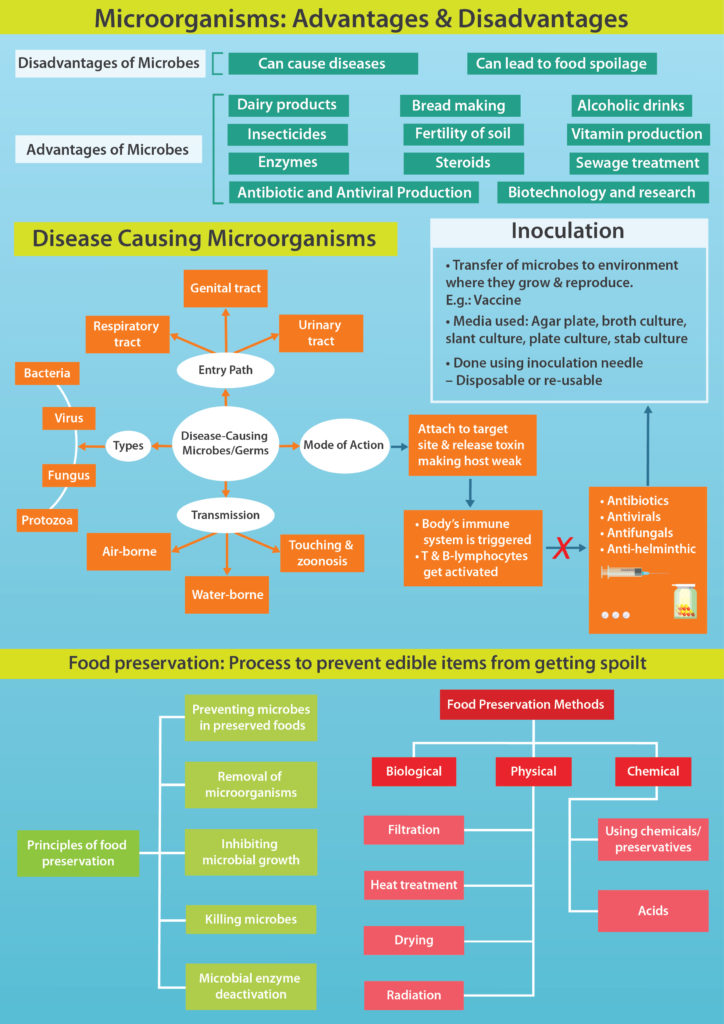 The commonly used methods of food preservation fall into one of the above categories. The main purpose of all these methods is to either prevent or retard spoilage of food items.

This is done for liquids such as juices. The process applies pressure while the liquid is passed through a very fine sieve. This results in the liquid passing through while the microbes cannot and thus the liquid obtained is sterile. The most commonly used method even in households- using a refrigerator. The refrigerator maintains a low temperature such that it slows down the growth of microbes and keeps food fresh for longer. Freezing is another low-temperature method used to preserve food where the temperature is maintained at -18 degrees Celsius.

These are substances that are added to foods to prevent or slow down their spoilage. The preservatives that are added, need to fulfill certain criteria before they are deemed fit to be added to foods. Few properties of preservatives are – they should be able to inhibit a wide range of microbes, should be safe for human consumption, should not affect the taste, flavor, color or properties of the food being preserved, should not activate any other change in the food being preserved. Commonly used preservatives are sulfites, sorbic acids, sodium nitrate, and benzoic acid.

Citric acid and Acetic acid are commonly organic acids that are used to preserve food substances such as pickles, sauces chutneys, and vegetables. Being acidic, they inhibit the growth of the micro-organisms and thus are effective food preservatives. Many foods such as chips, papad, vegetables like methi or ginger are dried or dehydrated and preserved. By dehydrating, the moisture inside these substances is removed and thus micro-organisms are unable to thrive on them, thus, preserving them.

This method of preservation is used commonly for increasing the shelf life of meat, seafood and poultry. Irradiating these food substances helps to kill any pathogens and microbes that are present in them and prevent the growth of others.

Humans have always tried and preserved their food items and other perishable items. The methods have either changed or evolved, but the purpose remains the same.

Look around and observe how many of these methods you have seen at home or around you.

Q: Fruits kept in the refrigerator maintain their flavour and taste for longer period due to

Solution: The correct answer is option “c”. Freezing is one of the oldest and most widely used methods of food preservation. Very low temperatures mean microorganisms cannot grow due to their delayed metabolic activities like respiration.