Everyone loves the Rainbow that forms after the rain. Rainbow is a natural phenomenon that creates a magical effect on the environment. Also, the rainbow colors are soothing and each color has its own meaning. 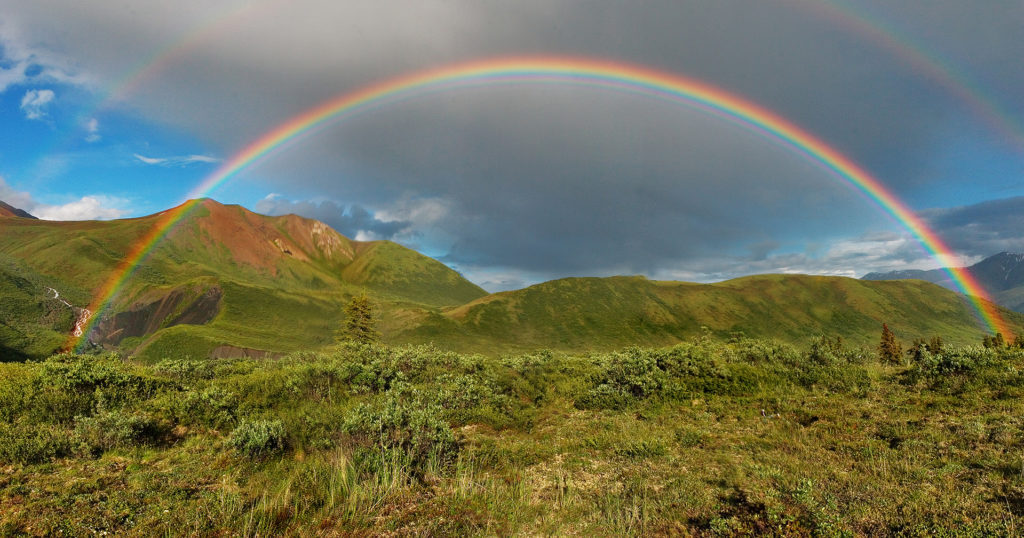 Rainbow refers to an arch that is visible in the sky that is caused by the dispersion and refraction of the sun’s light by the rain. In addition, it can also form by water droplets present in the atmosphere.

Every rainbow that shines in the sky consists of seven colors. Furthermore, these colors are Red, Orange, Yellow, Green, Blue, Indigo, and Violet. Commonly people call them VIBGYOR that is a short form of these colors.

What is the Meaning of Seven Rainbow Colors?

The first color of the rainbow is Red. Furthermore, the color has the longest wavelength. In addition, according to Christianity, this arc resembles Archangel Uriel that represents wisdom and energy.

Besides, Buddhism and Hinduism the red arc relates to the base or Muladhara Chakra that is the first chakra, which connects a human being to the physical plane.

This is the second color of the rainbow arch. Furthermore, this color is the combination of the color before and after it (Red and Yellow respectively). Besides, in a rainbow orange represents creativity and the ability to enjoy oneself.

Most noteworthy, in the chakra system it represents Swadhisthana that is energy-related with creativity, sexuality, and fertility.

Furthermore, in the chakra system, it represents the Manipura Chakra that is the seat of man’s ego and personal power alike to how the sun feeds the earth.

This is the fourth color of the rainbow. Also, it relates to the Archangel Raphael, which corresponds to healing. Besides, in the rainbow green represents health, love, and wealth. Furthermore, in the chakra system, it corresponds to Anahata that is the heart chakra that has the ability to receive and give love.

It is the fifth color of the arch of the rainbow. In addition, it associates with the Archangel Michael who is the leader of all Archangels and also represents spirituality.
Also, within the rainbow blue denotes the spirit world and connection with water.

Besides, in the chakra system, it represents Vishudda, which are throat chakra and the ability to communicate with purity.

This is the sixth color of the rainbow arch. In addition, it represents the bridge between the subconscious and conscious worlds within the rainbow. Furthermore, in the chakra system, it is Ajna Chakra represented by the third eye and the capacity to see the unseen on the spiritual level.

The last and the seventh color of the rainbow is violet. Besides, it associates with Archangel Zadkeil who represents mercy. In addition, within the rainbow, the color is the mixture of red and blue and it corresponds to divine inspiration and imagination.

Furthermore, in the chakra system, it represents the Sahasrara Chakra, which coincides with the point where human consciousness connects with the spiritual consciousness and the divine.

Question. Which color sequence of the rainbow is correct?