Are you tired of learning the Periodic Table? Isn’t it confusing to remember all the properties of all the elements? We understand how difficult it must be for you! However, we have grouped similar elements into blocks. In this chapter, we will study the Electronic configuration of the d-block elements. This will make it easier for you to understand and remember the various properties and configurations of the elements that belong to this group.

Electronic Configuration of the d-Block Elements 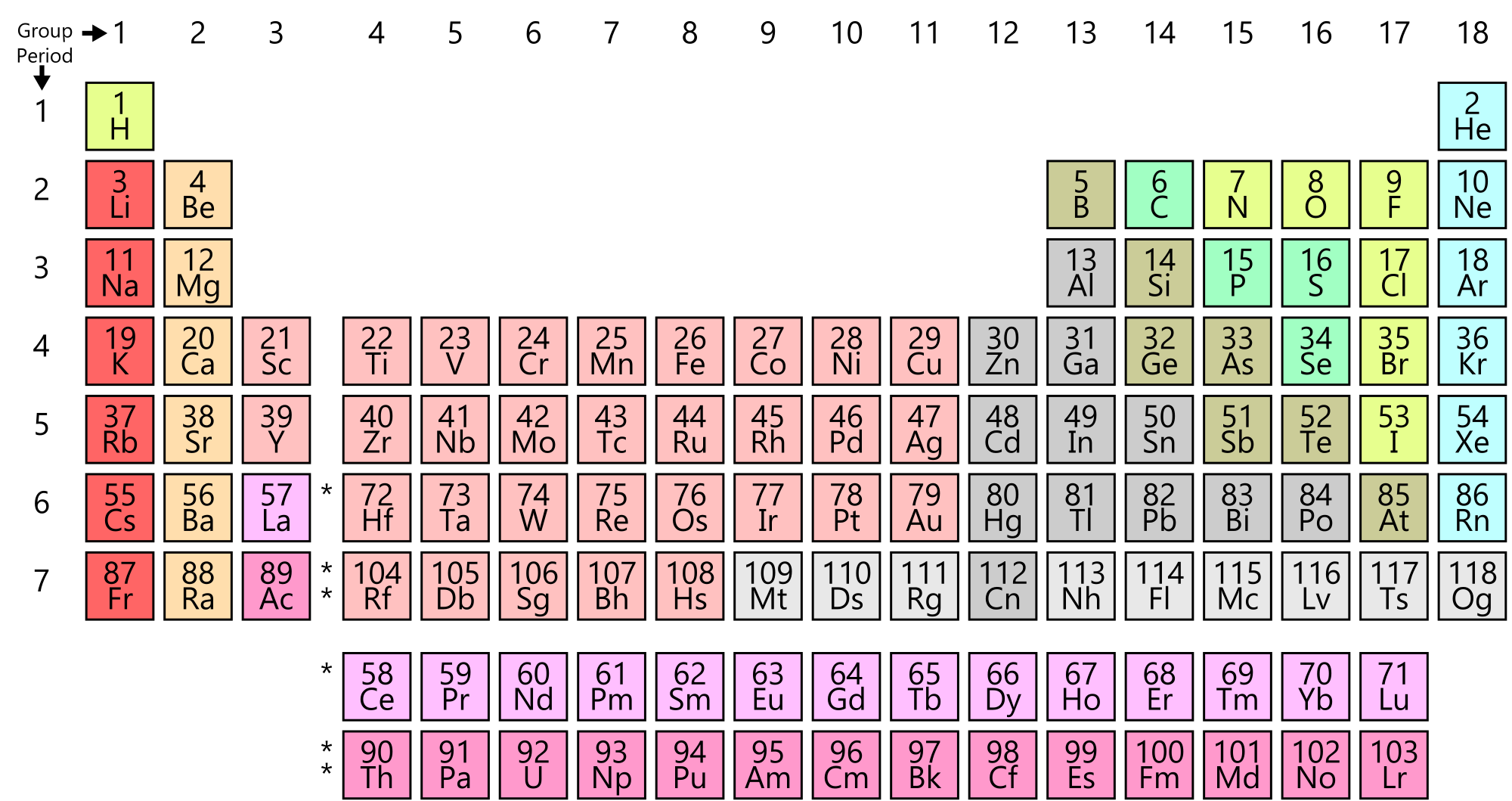 Electronic configuration of an element is characterized as an arrangement of electrons in the orbital. Orbitals s, p, d, and f are the four chief nuclear orbitals. These orbitals ought to be filled by the number of electrons and the energy level of the orbital. We can arrange the four orbitals by their energy level as s < p < d < f. As indicated by Aufbau’s principle the most reduced energy orbital ought to be filled first.

The s orbital can get two electrons while p, d and f orbitals can hold 6, 10 and 14 electrons separately. Generally, the electronic configuration of these elements is (n-1) d 1–10ns 1–2. The (n–1) remains for the inward d orbitals which may have one to ten electrons and the peripheral ns orbital may have one or two electrons.

The d block includes the middle area marked by s and p blocks in the periodic table. The very name “transition” given to the elements of d-block is simply because of their position amongst the s and p block elements. The d–orbitals of the penultimate energy level in their atoms get electrons leading to the three columns of the transition metals, i.e., 3d, 4d and 5d. The fourth line of 6d is still inadequate. These series of the transition elements are displayed in figures beneath.

The d and f – block Elements

Be that as it may, this speculation has a few special cases as a result of extremely low energy contrast between (n-1)d and ns orbitals. Moreover, half and totally filled arrangements of orbitals are moderately more stable.

An outcome of this figure is mirrored the electronic configurations of Cr and Cu in the 3d series. Consider the instance of Cr, for instance, which has 3d54s1 rather than 3d44s2; the energy gap between the two sets (3d and 4s) of orbitals is sufficiently little to anticipate electron entering the 3d orbitals. Also in the event of Cu, the configuration is 3d104s1 and not 3d94s2.

So, we sum up the external configuration of first-line transition elements as 4s23dn. In any case, we already know that chromium and copper don’t follow this example. This is a result of very low energy distinction between the 3d shell and 4s shell. It is tentatively found that half and totally filled arrangements of orbitals are more stable.

On account of the elements like chromium and copper, the energy contrast between the orbitals is very less. Therefore, it can’t keep the electrons entering in the d shell. The electronic configuration of the d-block elements in the advanced periodic table can be composed as displayed in the table beneath:

The electronic configuration of the d-block elements in the second series is as follows: 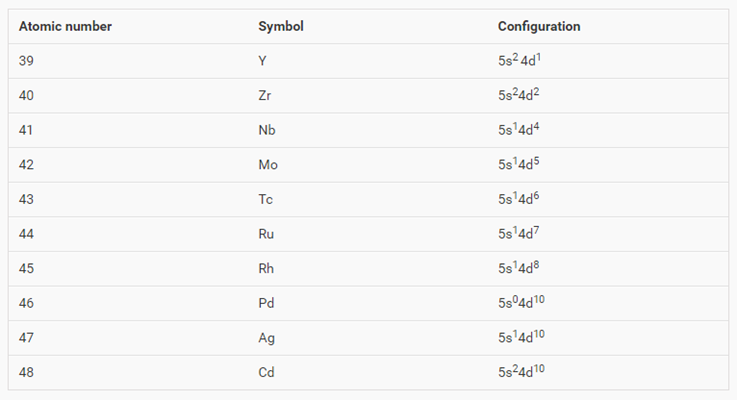 The electronic configuration of the d-block elements in the third series is as follows: Zn, Cd and Hg have their orbitals completely filled both in their ground state and in their common oxidation states. We can represent it as (n-1) d10 ns2. So, they are not referred to as transition elements. 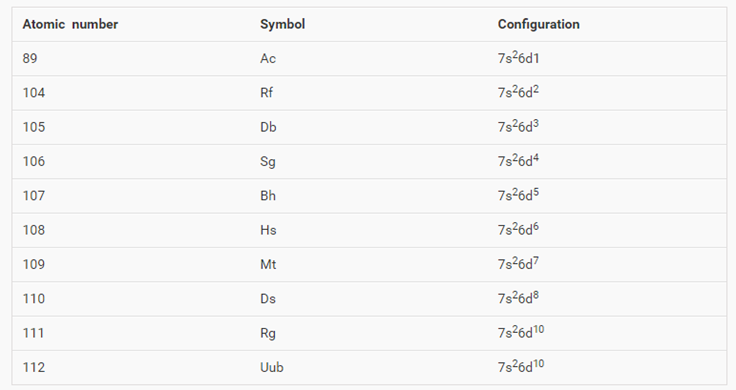 Answer: Compounds of transition elements that are coloured are related with somewhat incompletely filled (n-1) d orbitals. The transition metal particles containing unpaired d-electrons experience electronic transition starting with one d-orbital then onto the next. Amid this d-d transition phenomenon, the electrons ingest certain energy from the radiation and transmit the rest of energy as coloured light. The shade of particle is reciprocal of the shading consumed by it. Consequently, the coloured particle is framed because of d-d transition which falls in the visible area for all transition components.

Question 2: Write a note on the melting and boiling points of transition metals.

Answer: Transition metals usually have a very high value of melting and boiling points due to the presence of strong metallic bonds. Zn, Cd and Hg metals have lower melting and boiling points. This is mainly because they have completely filled d orbitals because of which no unpaired electron is available. Because of unavailability of unpaired electrons, these metals do not undergo covalent bonding. Rest of the transition metals does have metallic as well as covalent bonding. Metals towards the middle of each transition series have the highest melting point.