Although it had only twenty-eight days, February was very eventful. There were many important political developments that will be the hot topic throughout the year. Find out which athlete broke what records; what was the mortality rate in children and much more. In the following collection of all the events of National importance. For the purpose of making memorizing these events easier, we will divide them into several smaller parts. Let us see current affairs of India February.

1. On which date Assam government will observe ‘Rhino Day’ to generate public awareness on the protection of the one-horned Rhino?

2. Name the former Cabinet secretary of India who passed away recently?

3. Which state announced a health-cum-life insurance scheme worth Rs 5 lakh for the farmers in the state?

4. Name the largest brackish water lagoon in Asia (India) which has emerged as the single largest habitat of endangered Irrawaddy dolphins in the world?

5. Against which organisation the Reserve Bank of India (RBI) has launched Ombudsman Scheme for redressal of complaints against them?

6. Name the brand ambassador of Swachch Bharat Abhiyaan who passed away recently at Raipur, Chhattisgarh?

7. In which city the International Conference on Sustainable Biofuels (ICSB-2018) was organized?

8. Name the legendary Bollywood actress who died in Dubai recently?

9. Reserve Bank of India directed all the commercial banks in the country to link Core Banking Solution (CBS) with which banking system by April 30, 2018?

10. The annual joint military exercise Garuda Shakti-2018 started between India and which country? 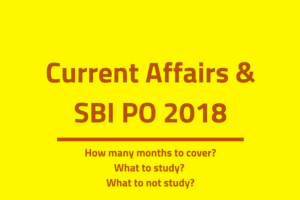 11. Who created history by becoming the first Indian gymnast to win an individual medal at the 2018 Gymnastics World Cup?

12. Who became the first Indian woman to fly fighter aircraft after successfully clearing her first solo sortie on a MiG-21 ‘Bison’ fighter jet?

13. What is the rank of India among 180 nations on the global Corruption Perception Index 2017?

14. What was India’s neonatal mortality rate in the UNICEF report on newborns?

15. The World Congress on Information Technology was inaugurated in which city?

16. For which state the Union Cabinet approved the Silkyara Bend-Barkot Tunnel as part of ‘Chardham Mahamarg Pariyojana’?

17. Name the district in Bihar which has set a record by constructing more than 10,000 toilets in only 100 hours?

19. Which state launched the Fiber Grid (T-Fiber) program to offer affordable and high-speed broadband service across the state?

20. For which sector the Union Cabinet opened the commercial coal mining after the Cabinet Committee on Economic Affairs (CCEA)’s approval of methodology for the auction of coal mines/blocks for sale of the commodity?

22. The second defence industrial corridor to be built at an estimated cost of Rs 20,000 crore would be coming up in which Indian state?

24. Name the renowned Kannada writer and Jnanpith award winner who has been elected as the new president of Sahitya Akademi?

25. According to ADR report on current Chief Ministers of India, which CM is the wealthiest with the highest number of declared assets against his name?

26. According to ADR report on current Chief Ministers of India, which CM is the poorest among all the current CMs?

27. Which state government has banned the sale of loose cigarettes in the state?

28. Who was conferred with the 2017 Sahitya Akademi Award for Hindi literary work Vishw Mithak Sarit Sagar?

29. Chandrasekhar Rath, the renowned Odia litterateur who passed away recently, belonged to which state?

30. Who became the first Asian as well as the first Indian to swim across the Ocean Seven?

31. Which Indian cricketer became the first Indian to score a century in his 100th ODI?

32. What is the current Repo Rate, according to 6th Bi-monthly Monetary Policy Statement of Reserve Bank of India for FY 2017-18?

33. National Productivity Day was observed on which day?

34. Name the female (Indian) cricketer who became the first woman in the world to take 200 ODI Wickets?

35. The Assam Government signed MoU with which cab operator for a pilot project of app-based river taxi services in Guwahati?

36. NCERT recently tied-up with which company to teach a course on ‘Digital Citizenship and Safety’ to students?

37. Which state became the first to have Transgender Welfare Board?

38. Which online security campaign was launched by Google India recently?

Q 1: The following cricketer has scored a century in his 100th ODI.

Q 2: India’s neonatal mortality rate in the most recent UNICEF report on newborns was ____.