In the general awareness section, the section on the Current Affairs Of The World is of utmost importance. Here we have combined concepts and news. We will start with the current year and try to present all the important affairs of the world in a single place. Let us see!

Current Affairs Of The World

1. The 48th World Economic Forum annual meeting was held in which country?

Answer: Switzerland: The 48th annual meeting of the World Economic Forum (WEF) was held in city Davos with the theme ‘Creating a Shared Future in a Fractured World’.

2. Which country will host the ministerial meeting of International Energy Forum 2018 from 10th to 12th April 2018?
Answer: India

3. The New Zealand cricketer who has become the first in the world to score 3 centuries in international T20 matches?

Answer: Colin Munro. He scored the centuries against India, Bangladesh and West Indies.

4. The World Leprosy Day was observed on?

Answer: 28th January: The day is observed internationally every year on the last Sunday of January month to raise global awareness of Leprosy.

6. Who won the Women’s Singles title at the Australian Open 2018?

7. Which country won the 5th edition of Blind Cricket World Cup 2018 by defeating Pakistan in the final by two wickets at Sharjah in UAE? 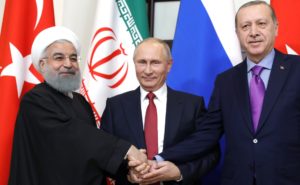 9. Who was named as the captain of both ICC Test and ODI teams of the year 2017?

1. Which Asian country recently proposed the removal of 2-term limit for President?

2. Which country was elected as vice-chair of the global money-laundering watchdog, the Financial Action Task Force (FATF)?

3. Which country will host the 2018 SAARC Business Leaders Conclave?

4. Name the twenty-time Grand Slam winner who became the oldest world number one after he defeating his Dutch opponent Robin Haase in Rotterdam at the ABN Amro World Tennis Tournament on February 16, 2018?

5. Which country has for the first time allowed women to join the military?

6. Which country recently announced to impose ‘carbon tax’ from 2019 to cut its greenhouse gas emissions?

8. Which gulf nation is going to host its first-ever Arab Fashion week?

9. Who won the ICC Test Cricketer of the Year award?

10. Which country has granted citizenship to WikiLeaks founder Julian Assange?

11. Name the Singapore-based Indian-origin businessman who has been appointed as the Chairman of the Geneva-based World Business Council for Sustainable Development (WBCSD)?

12. On which date the World Hindi Day (WHD) is observed every year to mark the first anniversary of World Hindi Conference (WHC) which was held in 1975?

13. Which country has become the first country in the world to make equal pay for men and women?

1. Who was elected as the President of Myanmar?

2. In which nation, construction of the Arab world’s first commercial nuclear reactor has been completed?

3. Name the coach of Australian cricket team who announced his resignation following the ball-tampering row?

4. Name the Australian cricketer who has been fully barred from holding any team leadership position in the future following the ball-tampering row?

5. Name the captain of Australian cricket team who stepped down from his position after a ball-tampering row?

6. Renowned Mathematician Robert Langlands, who won the 2018 Abel Prize, belongs to which country?

7. Name the captain of Australian cricket team who has been banned from playing international cricket for a period of one year by Australian Cricket Board following ball-tampering row?

Answer: World Tuberculosis Day is celebrated on 24th March each year. It is designed to build public awareness about the global epidemic of tuberculosis (TB) and efforts to eliminate the disease.

9. Name the Russian President who was re-elected as the President of Russia by winning historic fourth term?

11. World Poetry Day is celebrated every year on?

12. Against which country the United States has announced 60 billion dollar tariffs for its alleged unfair trade practices?

13. Which team won the 2018 Sultan Azlan Shah Trophy defeating England in the final?

14. Who has been appointed as the new National Security Adviser to US President Donald Trump?

15. Name the United States based social media company which has been accused of data breach in relation to the Cambridge Analytica controversy?

16. What was the theme of the International Forest Day 2018?

17. Name the Afghan cricket player who has become the youngest captain in international cricket at the age of 19 years 165 days?

18. World Water Day was observed across the world on?

1. In which country International Buddhist Conference 2018 was held?

2. Which African country recently made it legal to produce marijuana for medicinal and scientific purposes?

3. Which country is not a full member of the Shanghai Cooperation Organisation (SCO)?

4. World Malaria Day is observed every year on?

6. Which country received the highest remittances of 69 billion dollars from its diaspora in the year 2017?

7. Who won the Paraguay Presidential Elections 2018?

8. Which Asian country has agreed to halt its nuclear tests and ICBM launches?

9. World Earth Day is observed every year on?

11. World Book and Copyright Day is observed every year on?

12. 8th South Asian Judo Championship was held in which country?

13. Which mission was launched by NASA of USA to discover new planets outside the solar system?

14. The world’s first female foreign ministers meeting will be held in which country?

15. Who has been chosen as the new chief of US space agency, NASA?

16. Which country recently proposed an Indian-Nepal-China economic corridor with multi-dimensional connectivity through the Himalayas?

Q 1: Which among the following is not correct?

A) Jim Bridenstine is the chief of NASA.