The year 2018 was tough for many people. Many people saw their loved stars and idols pass away. From Sridevi to Atal Bihari Vajpayee, many famous people lost their lives. Also, there were many unfamous people that died in 2018. These people’s contribution is huge in human history but they are not known to many people. In this article, we will help you with unfamous as well famous personalities dead list in 2018 that you should remember. 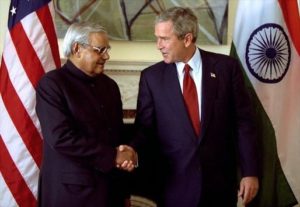 In the general awareness section of any aptitude exam, there are questions related to current affairs. One of the topics in this current affairs is on the deaths of famous personalities.

Manohar Parrikar, CM of Goa passed away at 63

Despite being ill and suffering from Cancer, Manohar Parrikar continued to serve his post from his private residence. It was in early February of 2018 that he was diagnosed with cancer and was treated at various hospitals for the same. He died on March 18, 2019, after a long fight with cancer.

On January 25, 2019, a renowned Hindi author Krishna Sobti passed away in New Delhi. She was primarily known for her contributions in issues like female sexuality and identity. Also, for this, she was offered a Padma Bhushan in 2010. Although she declined the award gradually.

For her illness, she was in the hospital for the last months. Krishna Sobti used to write under the pen name of Hashmat and published the famous Hum Hashmat. This was a compilation of various pen portraits of her friends and writers.

Kadar Khan died on January 1, 2019, after a prolonged illness in Toronto, Canada. He started his career as an actor in 1973 and had a career for more than 35 years. Besides acting, he also wrote for more than 250 films in Urdu and Hindi.

George H.W. Bush, the former president of the USA dies away

There were many landmark decisions under the rule of George H.W. Bush in 1990s. He initiated the Madrid peace conference in 1991. This conference is responsible for bringing Arab neighbors and Israel together for the first time.

He died at the age of 94 on November 30, 2018. The former president, Bush was suffering from Parkinson’s disease. This forced him to use a wheelchair in his recent years.

Q. Which former Indian president and the famous scientist had a bacteria name after him?

Q. Which famous Bollywood actress passed away in 2018?