A ‘Memorandum of Understanding’ is also known as an ‘MOU’. MOUs are generally not legally binding (however note that an MOU may be legally binding if it satisfies all of the six elements of a Contract). Similar to a contract, a memorandum of understanding is an agreement between two or more parties. Let us now see the important MOUs – 2017.

A memorandum of understanding (MoU) is an agreement between two (bilateral) or more (multilateral) parties. It expresses a convergence of will between the parties, indicating an intended common line of action.  Also, it is often used in cases where parties either do not imply a legal commitment or in situations where the parties cannot create a legally enforceable agreement. It is a more formal alternative to a gentlemen’s agreement. [source: wikipedia].

Canadian Consortium of companies and ‎the Gujarat Infrastructure Development Board (GIDB) for the promotion and development of a Petroleum and Petrochemical complex with storage facilities.

The Indian Computer Emergency Response Team (CERT-ln) under the Ministry of Electronics and Information Technology and the US Homeland Security Department on cooperation in the field of Cyber Security. Collaboration in the field of developmental activities and assists the third world countries. Cooperation on homeland security. 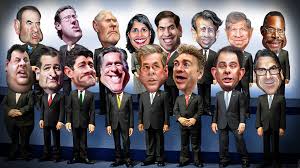 Between Association of Indian Universities (AIU), India and Malaysian Qualifications Agency (MQA), Malaysia on Mutual Recognition of the Educational Qualifications.  Malaysian Palm Oil Board (MPOB) and Institute of Chemical Technology (ICT), India Between MIGHT Technology Malaysia and AP Economic Development Board on the implementation of 4th Generation Technology Park in AP.

Inter-Agency Agreement on Cooperation regarding Nuclear Power Plant Projects in Bangladesh. In the field of Information Technology and Electronics. Cyber Security,
On Establishing Border Haats Across the Border between India and Bangladesh.
On Bilateral Judicial Sector Cooperation.

Also, On Training and Capacity Building Programme for Bangladeshi Judicial Officers in India. On Mutual Scientific Cooperation in the field of Earth Sciences for Research and Development. On Passenger and Cruise Services on the Coastal and Protocol Route between Bangladesh and India.

Indo- Bangladesh Protocol Route between the Ministry of Shipping of India and Ministry of Shipping of Bangladesh. On Cooperation in the Field of Mass Media.
Audio-visual Co-production Agreement. For extending Defence LOC of USD 500 million. For the Regulation of Motor Vehicle Passenger Traffic (Khulna-Kolkata route) and SOP of the Agreement. Extending the 3rd Line of Credit (LoC) by GoI to GoB. Financing Agreement.

To provide financial assistance of 240mn for the development of Sylhet City. The Credit of 4.5 bn to Bangladesh for implementation of developmental projects cooperation in the peaceful uses of outer space.

Five MoUs between Prime Minister Narendra Modi and Russian President Vladimir Putin on cultural exchanges for a period of two years (2017-2019). For the construction of the third stage of the Kudankulam NPP (KK5 & KK6) along with the Credit Protocol.

Between the Federal Service for Intellectual Property (Rospatent) and the Council of India on Scientific and Industrial Research has been signed to provide access to Rospatent experts to the Indian Digital Library of Traditional Knowledge (TKDL). Also, between JSC (Russian Railways) and the Ministry of Railways on the preparation of the justification for the implementation of the high-speed service at the Nagpur-Secunderabad section.

Between ALROSA Joint Stock Company and the Council for the Promotion of the Export of Precious Stones and Jewellery of India has been signed. Cooperation in Youth matter.

Q 1: Which of the following has been agreed between India and Russia?

A) For the construction of the third stage of the Kudankulam NPP (KK5 & KK6) along with the Credit Protocol.

D) None of these

Ans: A) For the construction of the third stage of the Kudankulam NPP (KK5 & KK6) along with the Credit Protocol.