What are Carbon Compounds?

Now carbon compounds can be broadly divided into two categories :

Carbon compounds that are satisfied by a single bond between them are saturated compounds. An example of this is Ethane which is C2H6. Here the duplet or octet of both the atoms is fully complete by only a single bond.

This is the biggest class of carbon compounds. An organic compound must contain carbon and hydrogen. The four major categories of organic compounds that are present in all living things are carbohydrates, lipids, proteins and nucleic acid.

Compounds formed with a carbon-metal bond are known as organometallic compounds. They are ionic compounds and are very polar bonds due to the electropositive nature of metals.

Pure metals are smelted, in which coke is used as a fuel and reducing agent. This leads to many alloys having an element of carbon in them. The carbon steel is one such example where iron is alloyed with carbon. 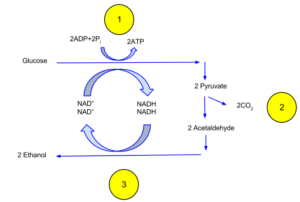 All alcoholic beverages in the world are actually a form of carbon compounds. Alcoholic beverages are actually made by adding Ethanol. The process of fermentation is used to produce ethanol (alcohol) from glucose. One molecule of glucose gives ethanol and carbon dioxide as by-products. So alcohols actually contain carbohydrates.

Q: Alcoholic beverages contain which of the following?

Sol: The correct answer is option “b”. Alcohol beverages contain ethyl alcohol (ethanol), Alcohol by volume is a standard measure of how much ethyl alcohol is contained in a given volume of an alcoholic beverage.