Carbon in its various forms has been known since ancient times in the form of soot, charcoal, graphite and diamonds. Its name is derived from a Latin word “carbo” which means “charcoal”. Ancient cultures did not realize, of course, that these substances were different forms of the same element. Let us explore the versatile nature of carbon.

Table of content
1 Suggested Videos
2 Versatile Nature of Carbon
2.1 Browse more Topics under Carbon And Its Compounds
2.2 Tetra-valency of Carbon
2.3 Catenation
2.3.1 Examples
3 Solved Example for You

But what makes Carbon such an interesting element can be directly attributed to its two unique properties, i.e. tetra-valency and catenation. It is because of these properties that the element has the capacity to form a large number of compounds. Not only is carbon the fourth most abundant element in the universe, it has so far more than three million compounds know to us till date.

The following is a deeper understanding of how these unique properties of tetra-valency and catenation result in a highly versatile nature of carbon: 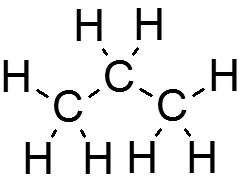 Carbon has the atomic number of 6, meaning each carbon atom has a total of six electrons. Two are in the completed inner orbit, while four electrons are found in the atom’s outermost orbit. This basically means that carbon has four valence electrons (outer electrons that are available for forming bonds with other atoms). Because of this arrangement within the atom’s orbits, carbon is called tetravalent.

Silicon (Si), another element in group 14 of the periodic table, also has four valence electrons and can make large molecules called silicones. But due to its higher atomic number (in comparison to Carbon), its atoms are too large to fit together into as great a variety of molecules as carbon atoms can.

What makes carbon unique is its ability in forming covalent bonds which are very strong in nature. The small size of the carbon atom makes the compounds of Carbon exceptionally stable. Hence carbon as an element has the ability to form a variety of stable compounds, which can exist freely in nature.

The linkage of atoms of the same elements to form longer chain is called CATENATION.

Carbon due to its tetravalent nature has the unique property to form bonds with other atoms of carbon forming a long chain. Because of its property of catenation, carbon can form a

The astounding compound-forming ability of the element comes from the capacity of its atoms bind to each other not only in straight chains but in complex branchings, like the branches of a tree. They can join in a “head-to-tail” structures to make rings of carbon atoms. The element has practically no limit to the number or complexity of the branches or the number of rings that can be attached to them, thus making it unique as there is no limit to the number of different molecules that can be formed.

Carbon atoms have the ability to share not only a single electron with another atom forming a single bond, but it can also share two or three electrons, forming a double or triple bond.This characteristic of carbon allows it to form a high number of possible bond combinations at different places, making a huge number of different possible molecules. What is important to remember is that a molecule that differs from even a single atom or bond position, becomes a molecule of a different compound with different physical and chemical properties.