By now, you know how important carbon is for our existence. Even our bodies are largely made up of carbon compounds. It is true that it has many harmful effects on our environment, but can’t deny the fact that carbon is indispensable for life on earth. However, the properties of carbon are very interesting to note.

Carbon shows a lot of anomaly in its behaviour. Why does that happen? In this chapter, we will learn all about the same. Let us begin with a brief introduction to carbon.

Table of content
1 Suggested Videos
2 An Introduction to Carbon
3 The Anomalous Behaviour of Carbon
4 Unique Properties of Carbon
4.1 1) The Small Size of Carbon
4.2 2) Tetravalency of Carbon
4.3 3) Catenation
4.4 4) Electronegativity
5 Solved Example for You

An Introduction to Carbon

Well, do not underestimate the importance of carbon based only on its percentage of availability. Carbon is utmost important for our existence and it finds an extensive usage in chemistry. Because of its indisputable importance, chemistry has been divided into two branches:

Thus, you must know that carbon is an essential part of every living organism as we are all organic beings!

The Anomalous Behaviour of Carbon

We must remember that most of the first members of a group have peculiar characteristics and properties. On similar grounds, even carbon behaves differently than the other members of the group. The properties of carbon are very unique. We can attribute this behaviour to carbon mainly due to :

Let us now look at some of these anomalies and their causes in more details.

1) The Small Size of Carbon

Carbon derives a lot of its properties from its small size. The compounds that carbon forms are highly stable and this is also because of its small size. Due to its small size, the nucleus effectively holds on to the bonded and nonbonded electrons.

Hence, in short tetravalency, small size and property of catenation make carbon different from other elements and so we have the whole branch of chemistry dedicated to the study of this kind of compound.

Carbon exhibits tetravalency. It means it can share four electrons to complete its octet. Thus, we know it bonds to four different monovalent atoms. Carbon forms a large variety of compounds with oxygen, nitrogen, hydrogen, halogens. This results in a different set of compounds which have distinctive characteristics and properties. 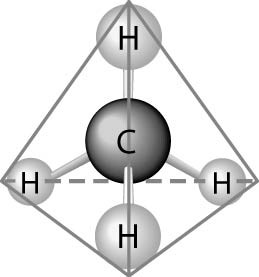 As we move down the group, the size of the elements increases. This results in a decreasing electronegativity. Thus, the property to show catenation also decreases. This can be clearly observed from bond enthalpy values. The catenation order is C >> Si > Ge >> Sn.

Additionally, carbon has an extraordinary capacity to shape pp – pp multiple bonds with itself and with different molecules. This can also be related to its smaller size and high electronegativity. Some of the examples would include C = C, C° C, C = O, C = S and C° N.

As a matter of fact, the heavier elements don’t shape pp – pp bonds. This is mainly because of the reason that their nuclear orbitals are too vast and diffused to have viable overlapping. For example, lead does not indicate catenation.

Q: Give some practical uses of carbon.

Ans: There are many important uses of carbon. Some of them are: