In view of the coronavirus pandemic, we are making LIVE CLASSES and VIDEO CLASSES completely FREE to prevent interruption in studies
Chemistry > Aldehydes, Ketones and Carboxylic Acids > Uses of Aldehydes and Ketones

Compounds of plants and microorganisms containing aldehydes and ketones include cinnamaldehyde in cinnamon bark, Citra in lemongrass, vanillin in vanilla bean, carvone in spearmint and caraway, helminthosporal- a fungal toxin, and camphor in camphor trees. Hormones of animal and human origin contain aldehydes and ketones such as muscone in musk deer, female sex hormone- progesterone, male sex hormone-testosterone, and adrenal hormone- cortisone.

A famous ketone “methadone” helps in curing addiction of opiates such as heroin, opium, and morphine. In this topic, we will study the many uses of aldehydes and ketones. 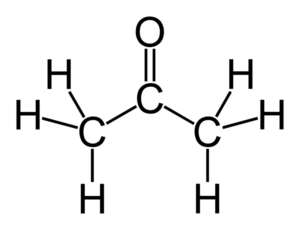 These classes of organic compounds contain a carbonyl functional group (C=O) with structures CHO for aldehydes and RC(=O)R’ for ketones. Here, R and R’ denotes substituents of carbon. They also refer to as the methanoyl group or formyl group.  Aryl or alkyl group or its substituents fill in the remaining bonds of carbon atom in this group.

However, if the substituents in neither of the 2 remaining bonds are hydrogen, then the organic compound is a ketone. However, if one of the substituents is hydrogen then the organic compound is an aldehyde. The properties of aldehydes and ketones play a very important role in the uses of aldehydes and ketones.

Uses of Aldehydes and ketones

Aldehydes and Ketones in Perfumes

Aldehydes and ketones impart some very characteristics fragrance in compounds. For instance, ketones help in the formation a compound “acetophenone” which is responsible for fragrances such as cherry, jasmine, honeysuckle, almond, strawberry, etc. However, aldehydes are a well-known source of perfumes and fragrances in comparison to ketones.

Aldehydes in Baked Goods and Herbs

Everyone loves the scent of freshly baked cookies. But do you know the delicious scents of cookies baking in an oven are due to aldehydes? Aldehydes are an essential component in particular sugars. Moreover, certain popular flavours of baking such as cinnamon, vanilla during baking are because of aldehydes.

Q. Name the term that represents aldehydes and ketones.

Solution: The answer is 3. Carbonyl compounds represent aldehydes and ketones.