MOUs or a memorandum of understanding (MOU) is a nonbinding agreement between two or more parties outlining the terms and details of an understanding, including each parties’ requirements and responsibilities. An MOU is often the first stage in the formation of a formal contract. The year 2015 was particularly important when it comes to the various MOUs. Let us see below the important MOUs – 2015.

The following is the important MOUs that were signed in the year 2015.

2. India and the United States – The MOU is to establish and build smart cities in Vishakapatnam in Andhra Pradesh, Ajmer in Rajasthan and Allahabad in UP.

3. RBI and Brazil’s Central Bank – The MOU agrees on supervisory cooperation and exchange of supervisory information.

4. Zoological Society of London and Gujrat Forest Department – The MOU was to help the conservation of the Asiatic lion and its habitat.

5. India and Mauritius – The MOUs focus on the following main topics:

(i) Field of Ocean Economy.

(iii) Ministry of Agro-Industry and Food Security of Mauritius for the importation of fresh mangoes from India.

(iv) Improvement in Sea and Air Transportation Facilities at Agalega Island of Mauritius.

(v) Cooperation in the field of Traditional System of Medicine and Homeopathy. 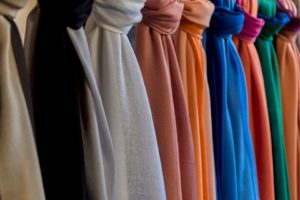 6. India and Kyrgyzstan – Collaboration in the following fields:

(i) Textiles and clothing

7. India and Qatar – Both the countries agreed to boost trade and investment. They also agreed on the following points:

(i) Transfer of prisoners that are in the jails of each country.

(ii) More cooperation in the areas of information and communication technology, atmospheric and ocean sciences and media.

8. National Human rights Commission and National Book Trust – The MOU was signed to agree upon translating various human rights books into different languages. The purpose is to raise awareness.

9. Bharatiya Mahila Bank – LIC and New India Assurance – The MOU agreed that the bank will provide insurance to its accounts holders.

10. India and Bangladesh – Signed MOUs for the operation of traditional haats.

The following were the main MOUs signed between India and China. They have been listed below:

(ii) China Development Bank and the Industrial, and Commercial Bank of China and Bharti Airtel agree for the credit facility among themselves.

(v) Welspun Energy with Trina Solar of China to jointly set up a PV industry park.

(vi) Jindal Steel and Power and ICBC on the development of potential projects.

(viii) MOU between the Industrial and Commercial Bank of China (ICBC) and IL & FS.

(ix) Xuan Zang, the movie will be co-produced.

(xii) Establishment of consulates – general at Chengdu and Chennai.

(xiii) Ministry of external affairs of India and international department of the central committee of the Communist Party of China.

(xiv) Ministry of mines of India and the ministry of land and resources of China.

MOUs Between India and South Korea

(i) On avoidance of Double Taxation and the Prevention of Fiscal Evasion.

(ii) Co-operation between the National Security Councils of both countries.

Q 1: India and South Korea have agreed upon which of the following:

B) Establishment of consulates – general at Chengdu and Chennai.

C) Jindal Steel and Power and ICBC on the development of potential projects.